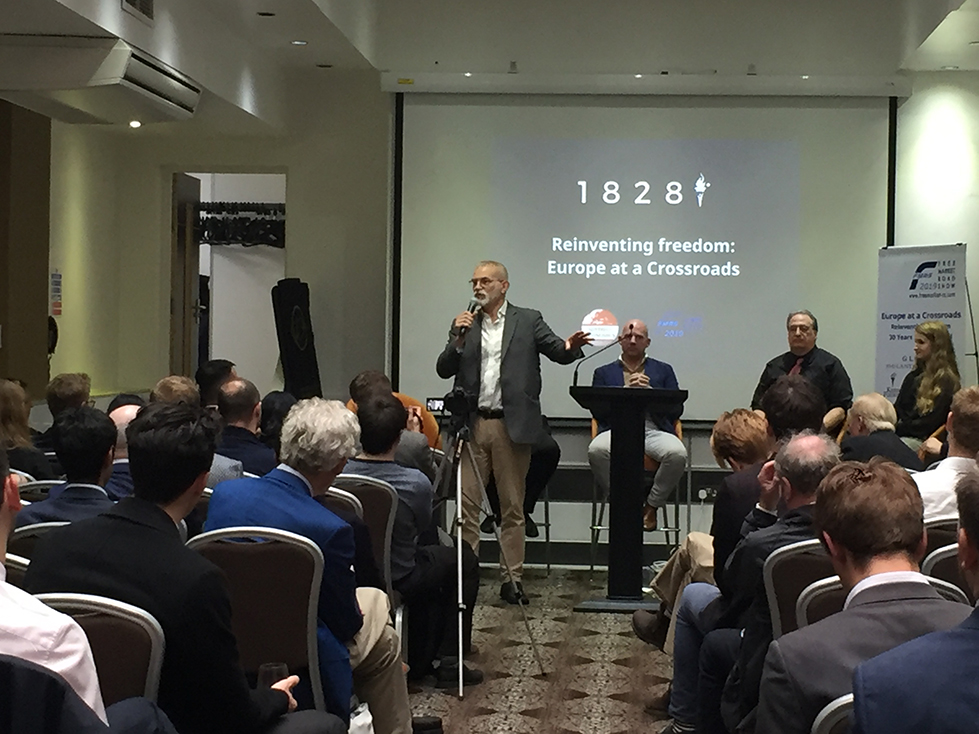 The 2019 London edition of the Free Market Road Show was hosted by the liberal opinion website 1828 on Thursday May 9th, and was one of the biggest London has seen. It attracted a diverse intake of experts, historians, businesspeople, researchers and representatives, all of whom offered fresh and interesting perspectives to the modern challenges facing society, and what the free market can do to solve them. 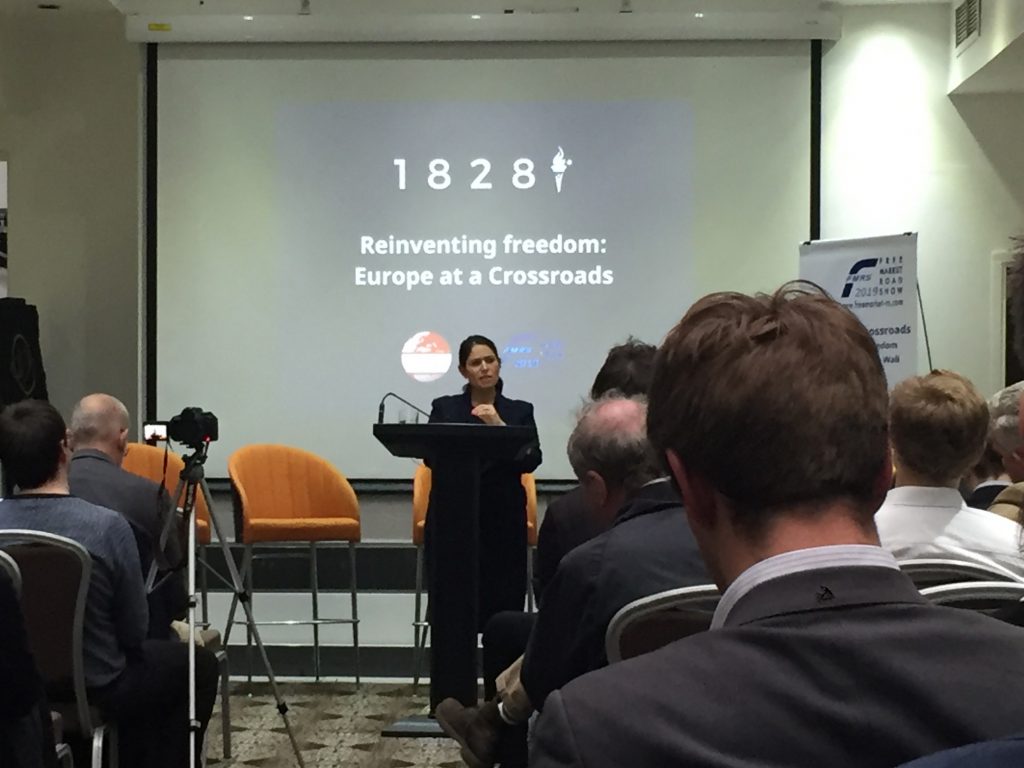 The evening began with an introduction by Priti Patel MP for Witham, who made a powerful case for a new, imaginative policy framework in today’s government.  In an impassioned speech about the historical tensions between socialism and liberty in Europe, Patel pointed to the successes of Thatcher and Reagan whose administrations lit the torch in the fight for free market ideas. 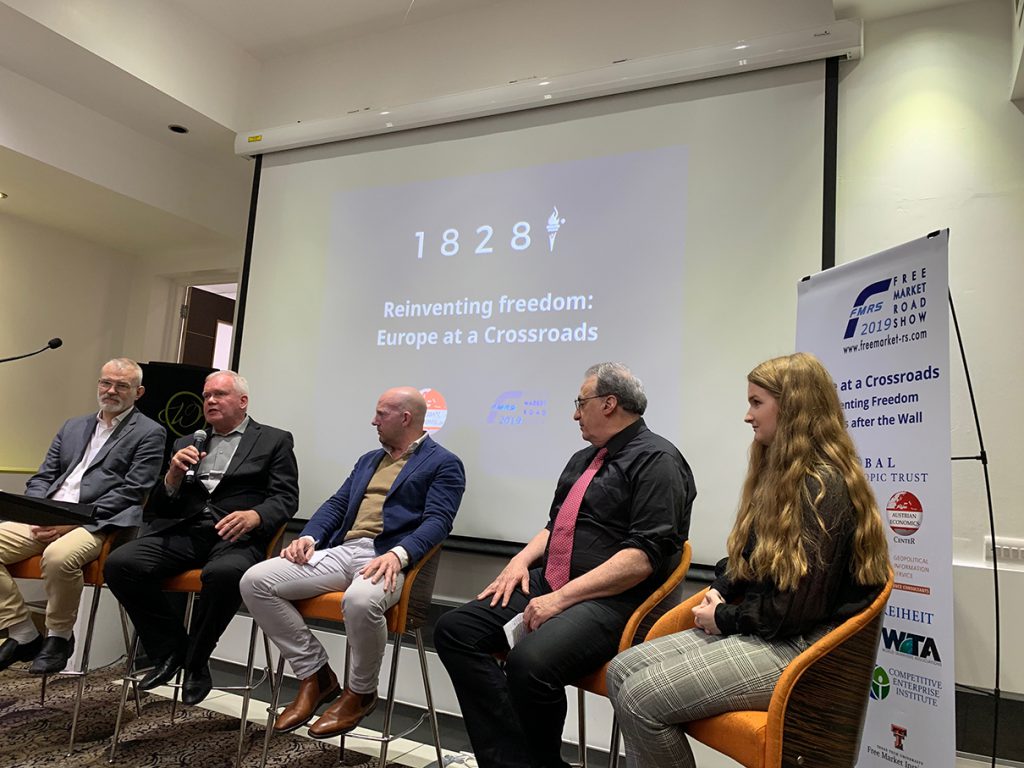 Following this, the first panel began with a discussion on the future of free trade in a global environment of artificial intelligence. Some pressing questions were raised about what automation means for the private sector in advancing the economy. The new technologies available to researchers, entrepreneurs and business leaders are bringing into question some of the philosophical elements of the market, and the implication for public policy making as well as individual liberty. Andrew Boff AM, in particular, delivered a notoriously spirited case for keeping innovation and automation out of the hands of government to allow it flourish. 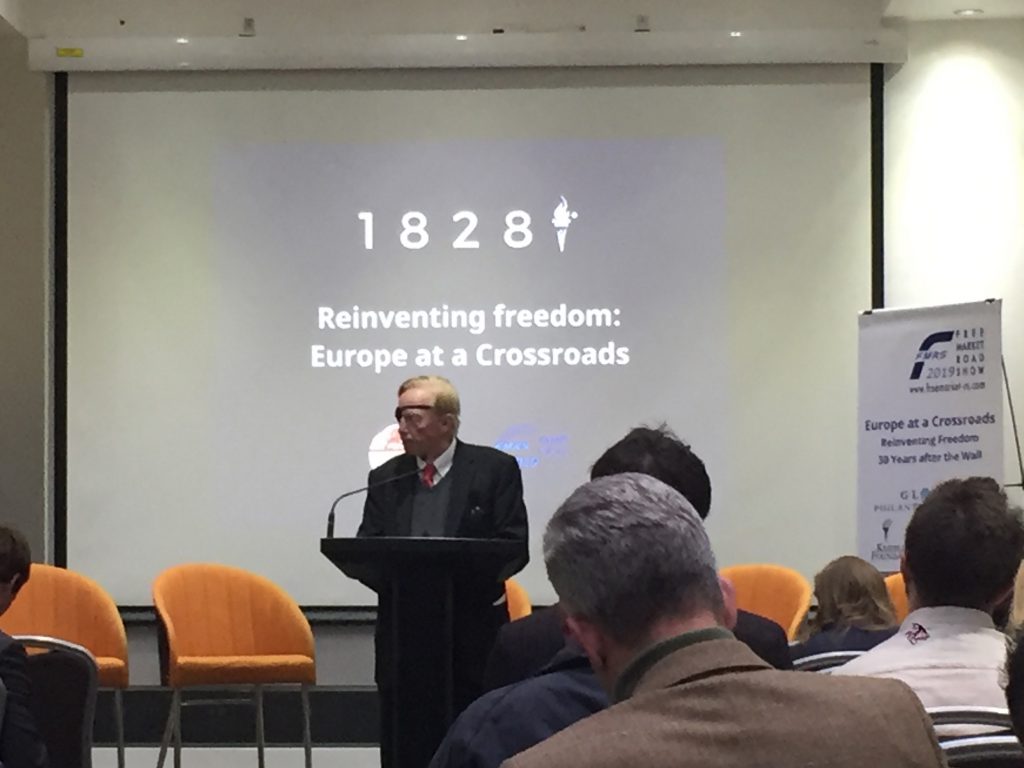 In between the panels, the audience were gifted with an insight from the inventor of the Rahn curve, Dr Richard Rahn. He delivered the evening’s keynote and spoke in depth about how unemployment can be addressed by free market policies and free trade. Europe, he said, is holding itself back from these benefits. 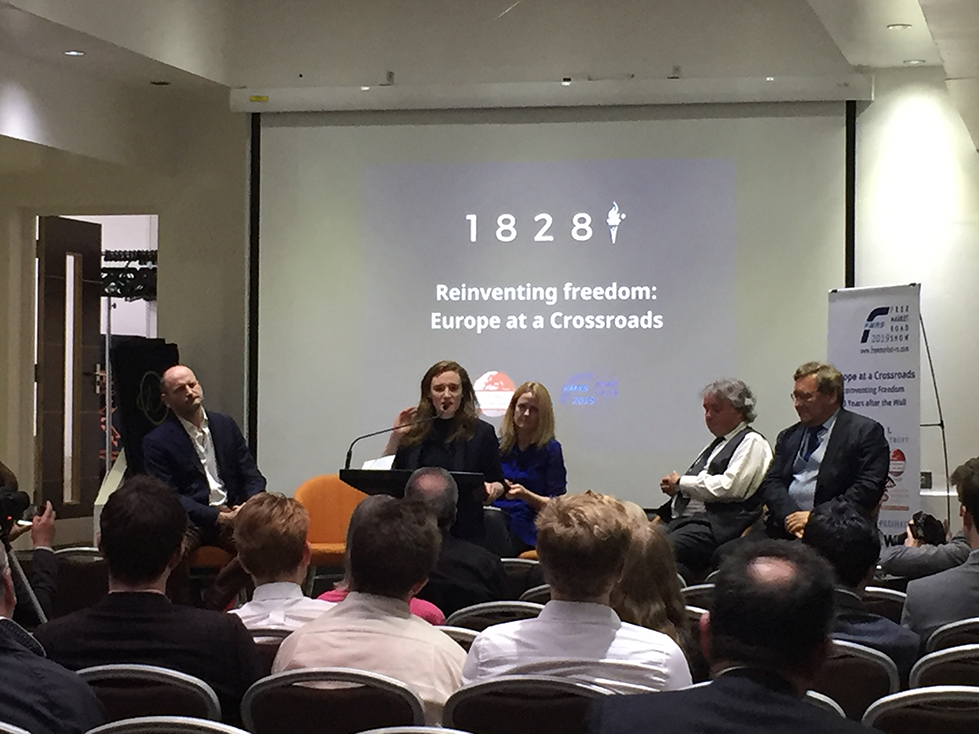 The final panel picked up on this topic and addressed the EU as a political and economic entity, and what its future looks like. What does the European Union really stand for? Is it still providing the economic prosperity to the individual that it had once claimed to do? Once again the panellists demonstrated unique insight into what free market ideas can really do for progress.

The event provided some enthralling discussion of topics which go below the surface of modern parliamentary politics. The background of each panellist and their diverse understandings of world economics made for a powerful dialogue of what can really be done to improve people’s lives and develop our economy. Guests were given a chance to explore ideas with each other and with panellists. Overall, it was an upbeat evening which reflected optimism and pride about how free market ideals can drive progress in the modern era in Europe and beyond.