The Free Market Road Show is always trying to innovate and evolve. In this search, we are happy to announce that, for the first time, we visited the city of Málaga in the South of Spain. Our co-organizer was the Círculo Hazlitt that started its activities in 2018 and is comprised of individuals committed to liberty, who acknowledge reason and thinking as prerequisite for action. The center espouses the ideas and values of a society based upon free and responsible citizens. 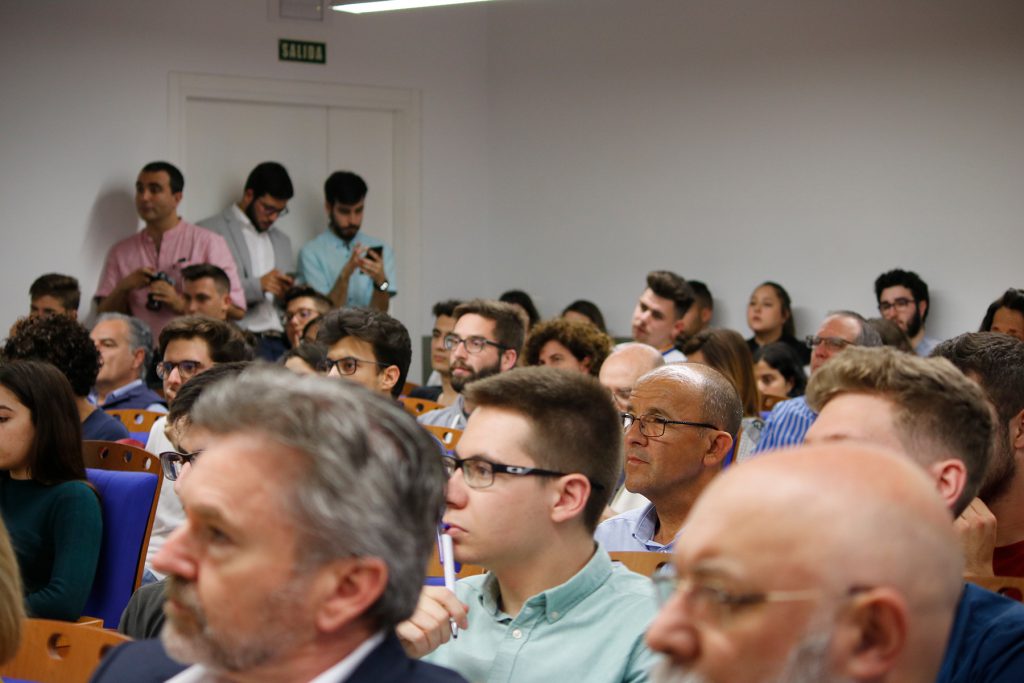 The event was kickstarted by José Manuel Cabello, who warmly welcomed the participants and speakers, introduced his organization, and chaired the first panel about the economic challenges faced by Europe. The first to speak was Juan Manuel López Zafra. He centered his analysis on the painful realities of retirement and demography. “How many pensioners will there be in 2050?,” he asked and answered, “2.1 billion. However, since Bismarck, retirement age has not essentially changed. Nowadays, we reach the age of 65 in very good shape, both physically and psychologically. Institutions must adapt to these new realities quickly, or we will have big problems.”

Mr. Zafra also criticized two abhorrent ideas that are the base of many economic theories: “Ceteris paribus and the idea of zero sum game have destroyed economic thought.” He was followed by the Chilean journalist John Müller. According to him, the process of globalization, which was extremely dynamic after the fall of the Berlin Wall, has stagnated in the last few years. The rhetoric against free trade is extremely dangerous. Müller also deplored “the EU of cookies” thanks to which important publications like the Chicago Tribune are not accessible from Europe.

The event was closed by Fernando Díaz Villanueva’s very optimistic keynote speech. Journalist, historian and political commentator, Mr. Díaz Villanueva hosts two very popular podcasts, La ContraCrónica and La ContraHistoria with a monthly audience of 650.000 downloads and streams. “War, which has been a constant in European history, has almost vanished from European lands. Since the end of World War II, we have lived in peace. That is why our countries spend so little in defense.”

Nonetheless, Mr. Díaz Villanueva mentioned certain threats facing Europe. The first one was what he called the “totalitarian temptation.” According to him, the very nature of governments and bureaucracies (national and supranational) is to expand as much as they can. He also pointed out fundamentalism. “It is today an internal enemy and has to be fought with our intelligence services.” On political extremism, Mr. Díaz Villanueva said that “it is a constant but I believe in Europe we have learned our lesson. The prophecy that ‘fascism is making a comeback’ has been failing since the sixties.” He also downgraded the Russian menace. “Russia is culturally European and in a few decades will become a country similar to today’s Poland.” He also highlighted an interesting fact for the Spanish audience. The multinational textile company Inditex, owner of Zara, has more than five hundred stores in Russia while only 150 in Germany.