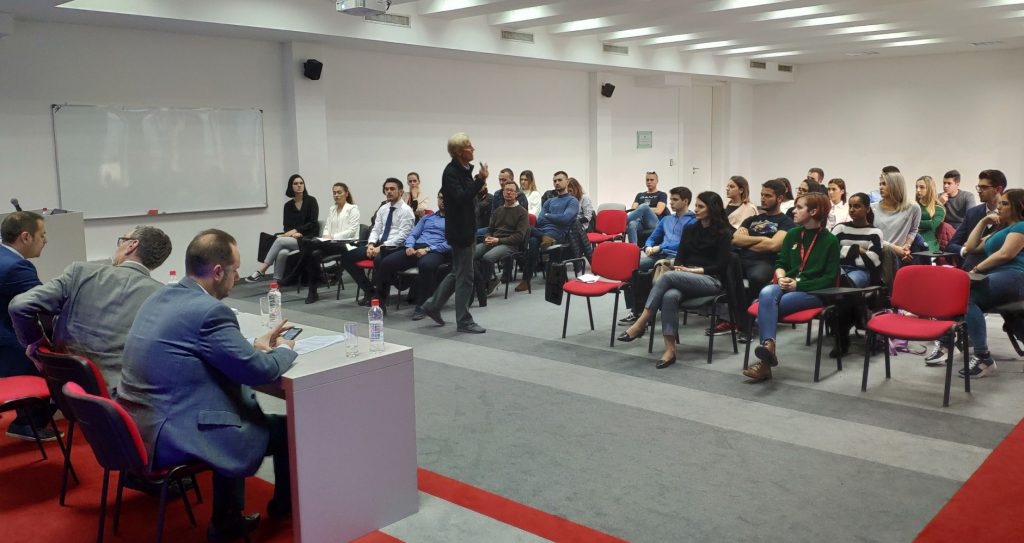 The event was organized at the Sarajevo School of Science and Technology on 11th April 2019. The event consisted of two panels. The first panel was titled “Europe at a Crossroads – Reinventing Freedom 30 Years After the Wall” and featured three international speakers: Federico Fernandez (Senior Fellow Austrian Economics Center, President Fundacion Bases), Ivan Jovetić (School for International Economics, Finance and Business) and Chris Lingle (Academic Advisory Council of the Globalization Institute). The moderator was Dr. Vjekoslav Domljan, professor at the host institution. 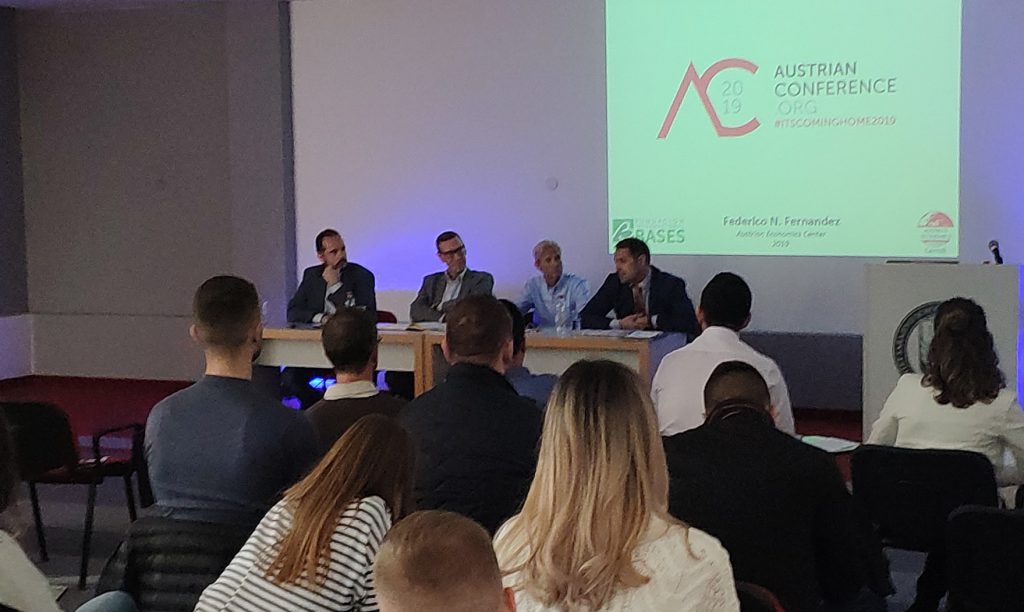 The three speakers presented their views on the implications of ever-increasing budget deficits. The presentation covered the extreme case of Venezuela as well as how an increasing role of governments in the economic life affects innovations, entrepreneurship etc. A lively discussion followed the presentations. As usual, some participants argued for an increase in the welfare state, but did not take into account who pays for it. One participant put forward an arguably convincing case for government intervention (i.e. English language has not become dominant in the free market, but we benefit by using it).

The second panel was a formal debate Governments vs Markets. The debate started by two groups, consisting of economics and political science students, outlaying their cases. After the initial presentation of arguments, the groups had two opportunities to reply, and the audience had one chance to reply or comment. The debate proved to be an excellent option to make the event more exciting and engaging. 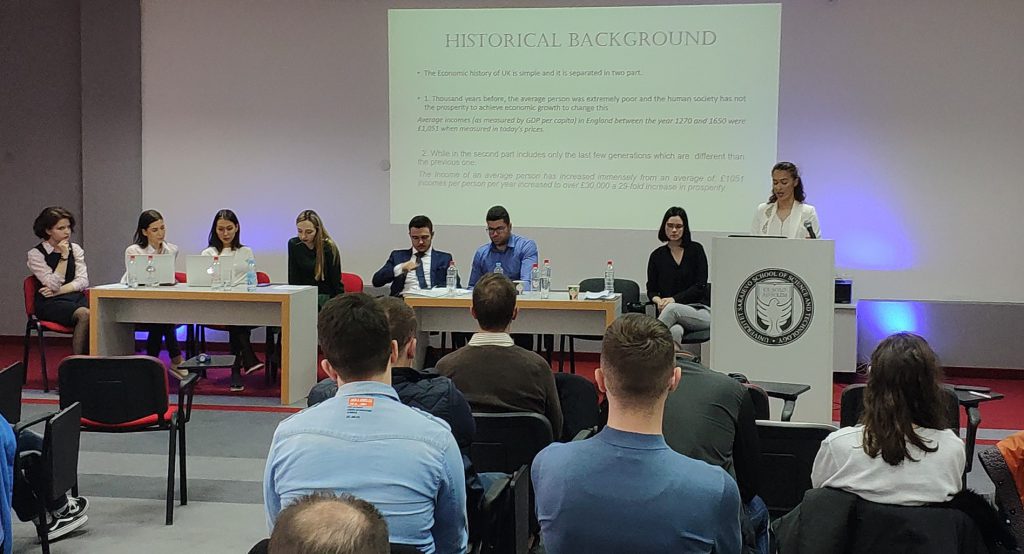