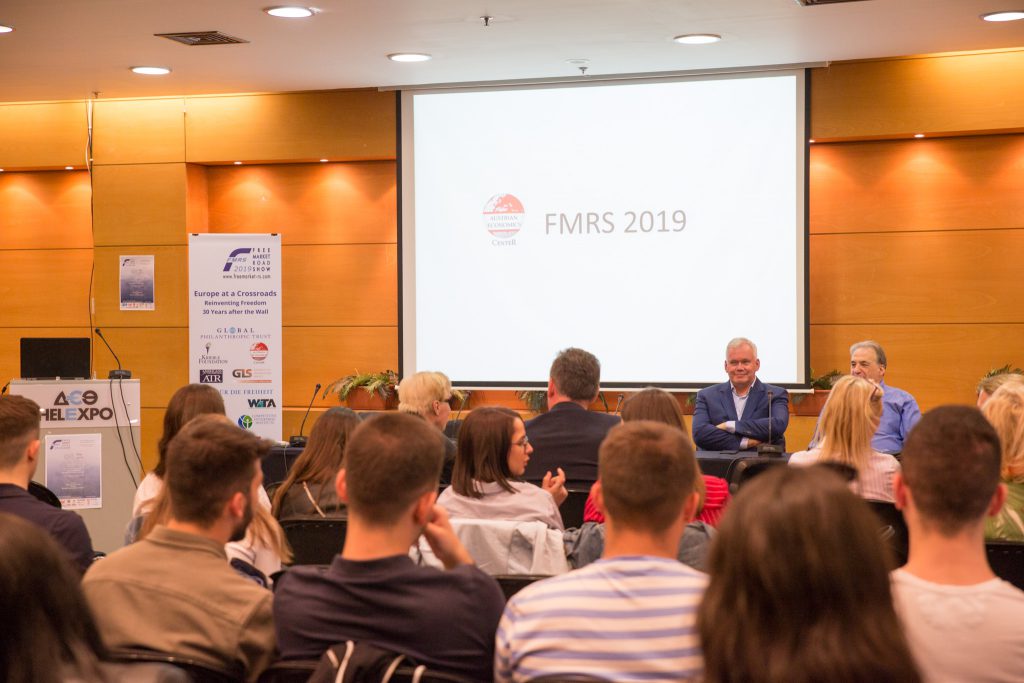 Right before the first panel, H. E. Evelyn Papadopoulos honored us with an opening speech. 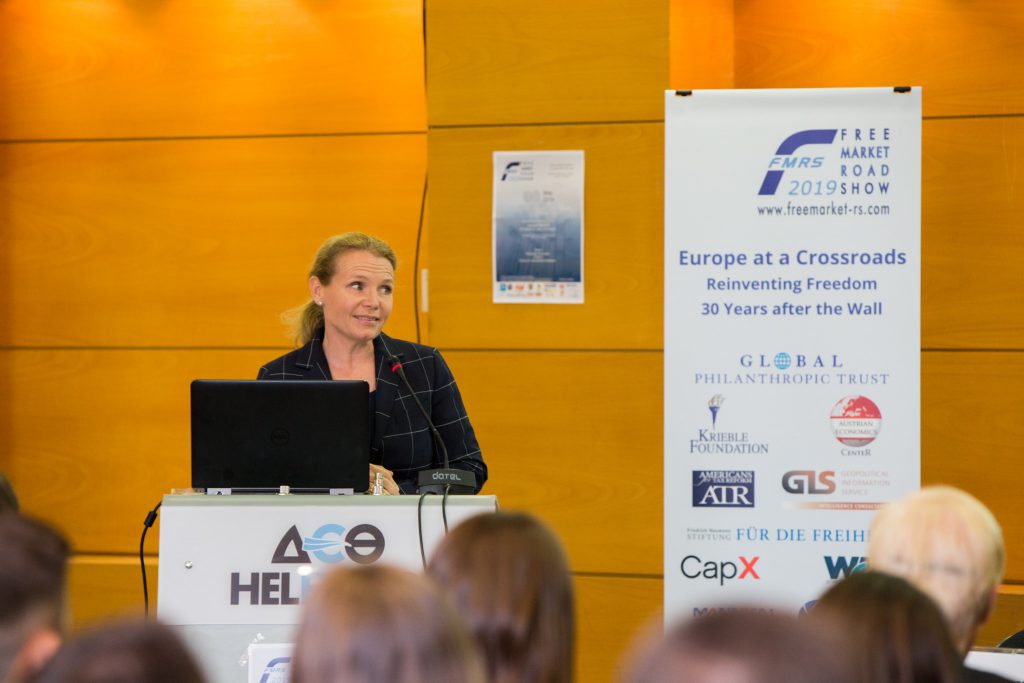 During the first panel – Reinventing Freedom 30 Years after the Wall – international speakers presented their view on the development of freedom.

Hannes Gissurarson, Professor of Politics at the University of Iceland, talked about “Spending Other People’s Money: A Critique of Rawls, Piketty and Other Redistributionists“. 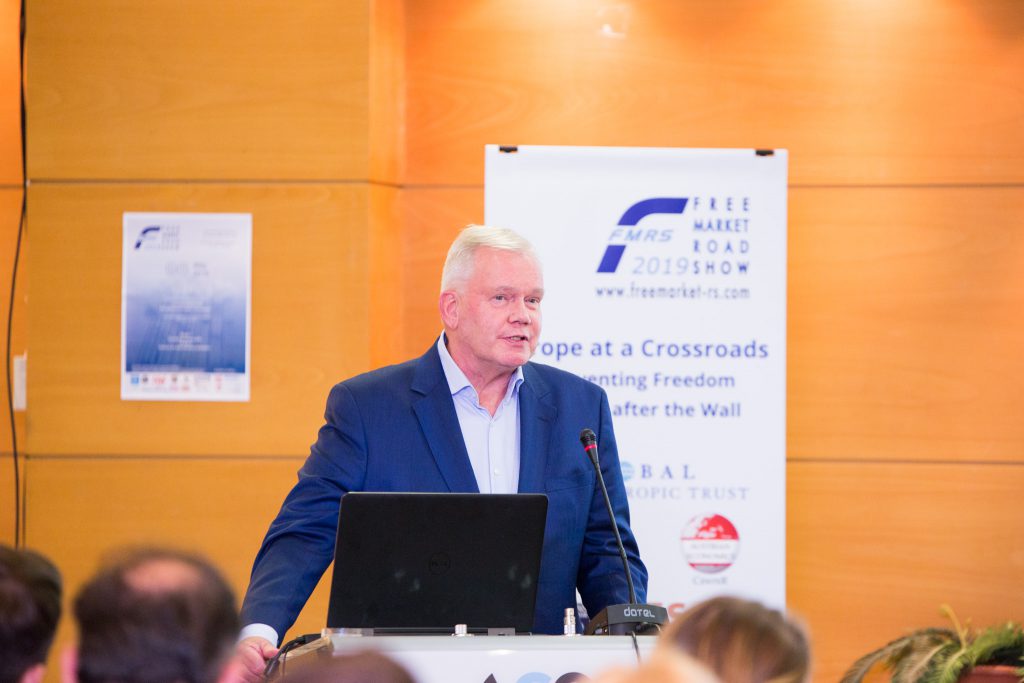 Barbara Kolm – President of the Friedrich A. v. Hayek Institute in Vienna 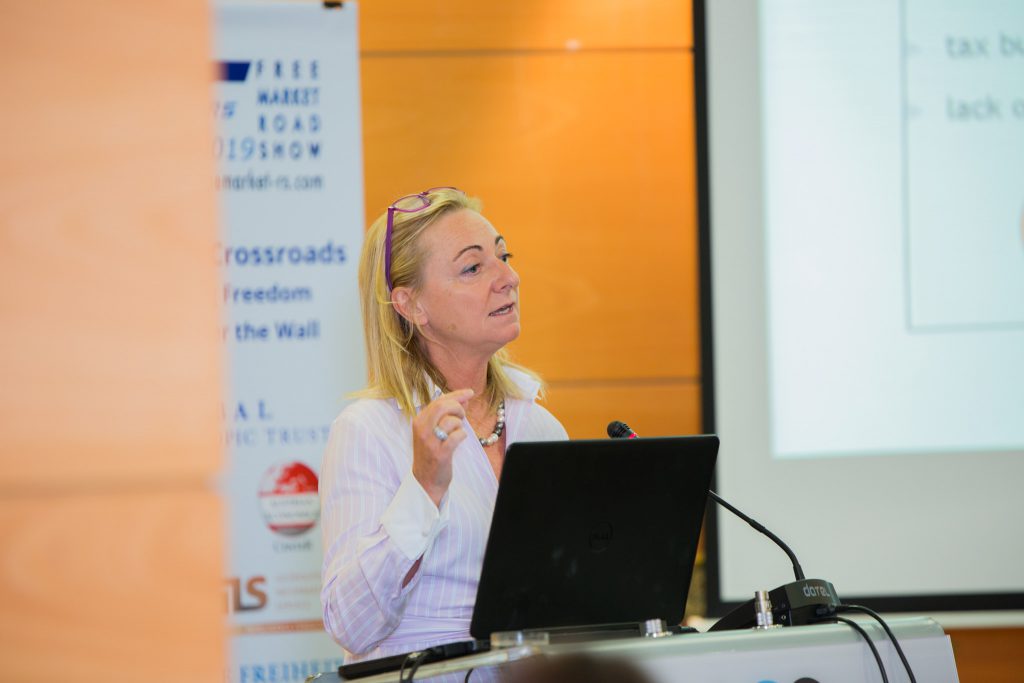 Richard Rahn, Economist, syndicated columnist, and entrepreneur, spoke about “Reimagining Europe – how the EU can adapt and survive”. 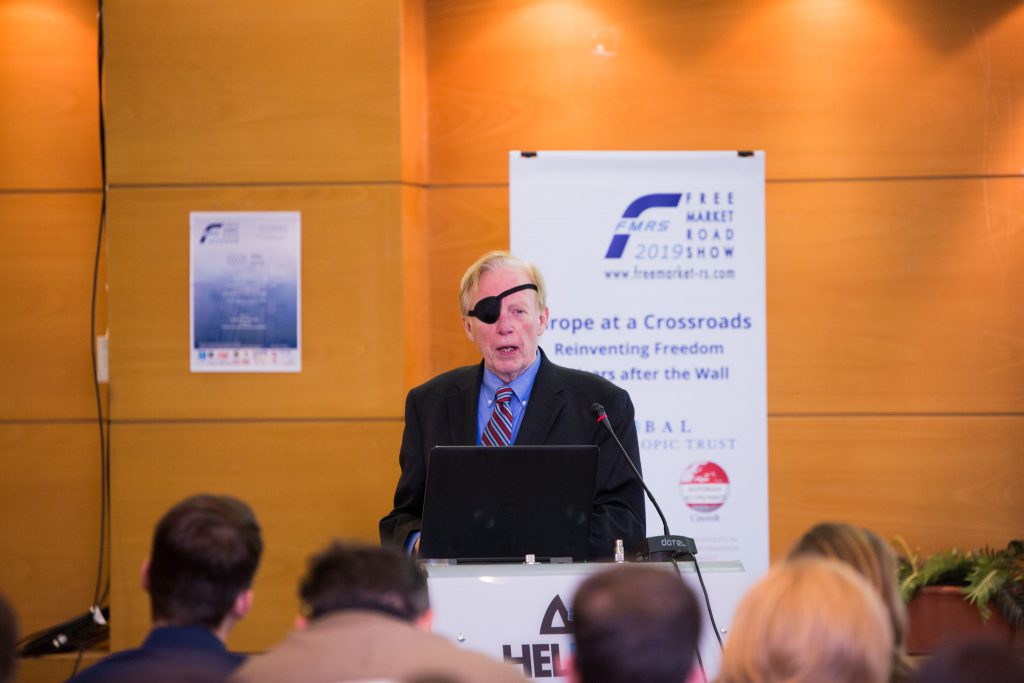 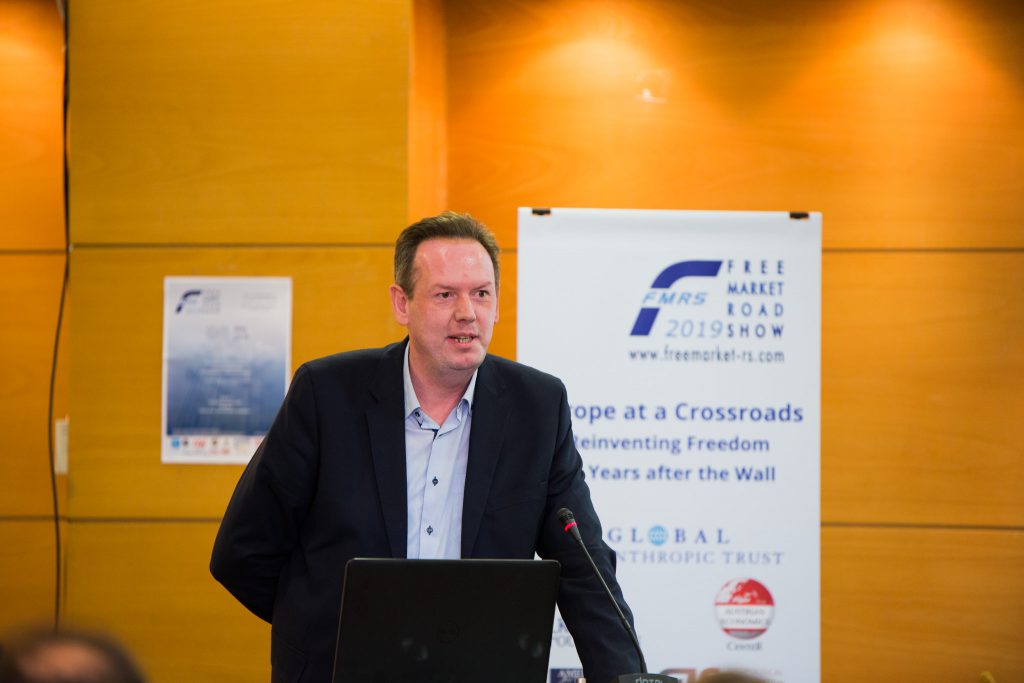 The second panel focused on “Greece.. an extroversive champion”. Irene Kontra, Vice president of the Marketing Club, discussed how marketing and branding can help companies to increase exports and showed a video presentation to the audience as an invitation to join their team. 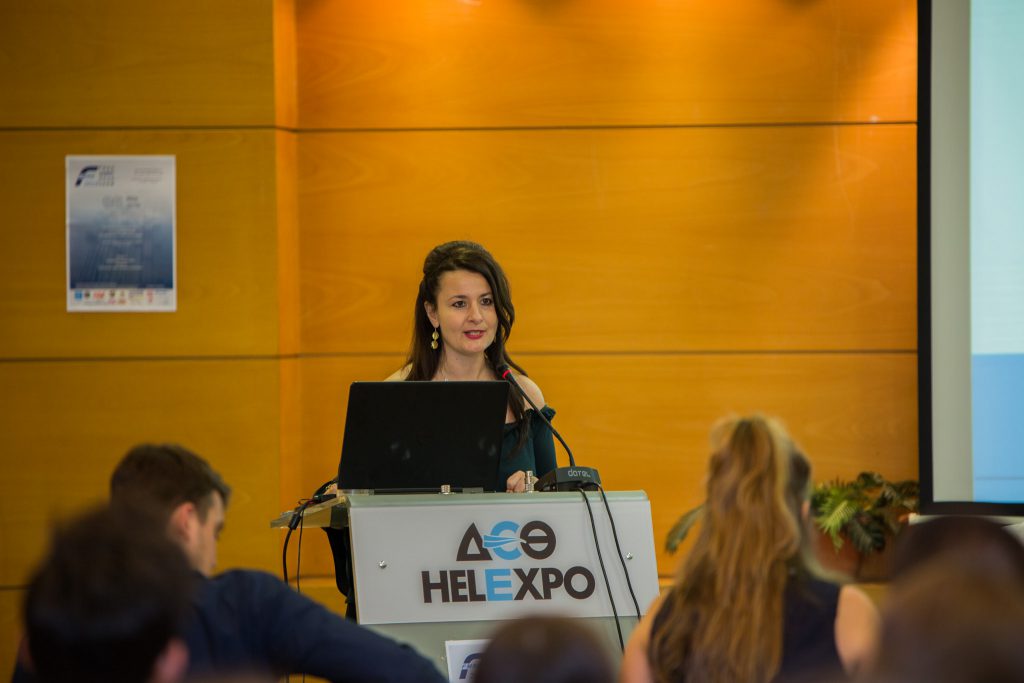 Dimitris Chriss, Export Sales Manager of Vergina Beer and TUVUNU tea, explained the value of having a defined space in supermarkets. He had a debate with Mrs. Kontra regarding the fact that, if you don’t have space in supermarkets all the marketing projects are a waste of money. 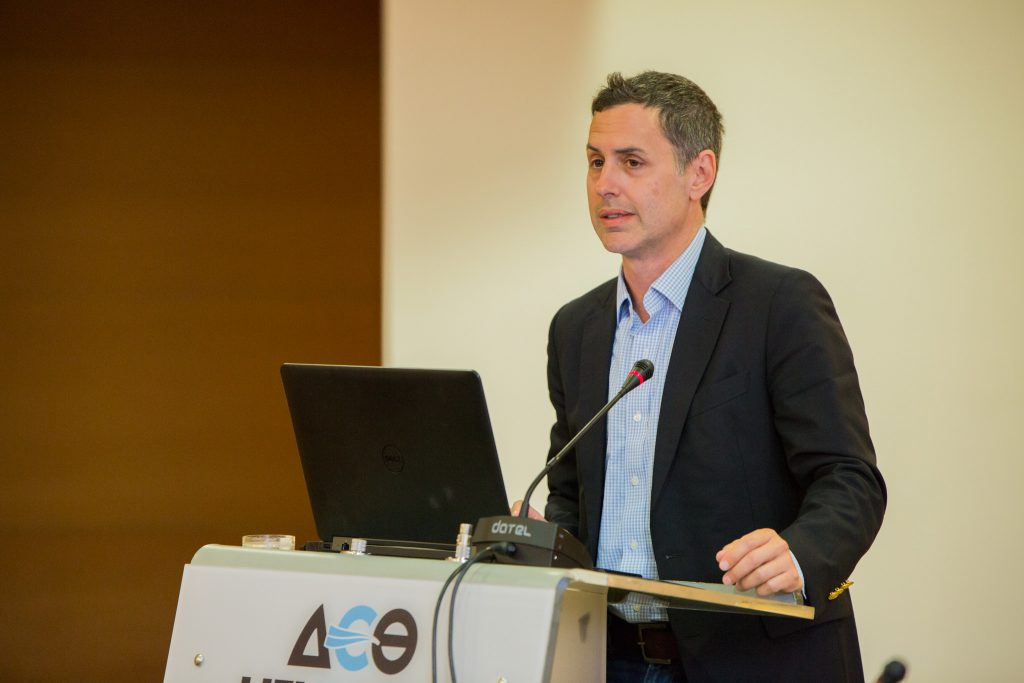 Apostolia Karagianni, Export Sales Manager of Melinda Ltd, shared her experiences of private label products in exports and debated with Mrs. Kontra and Mr. Chriss because her company became No1 Honey Industry in Greece without marketing or branding by selling Private Label products. 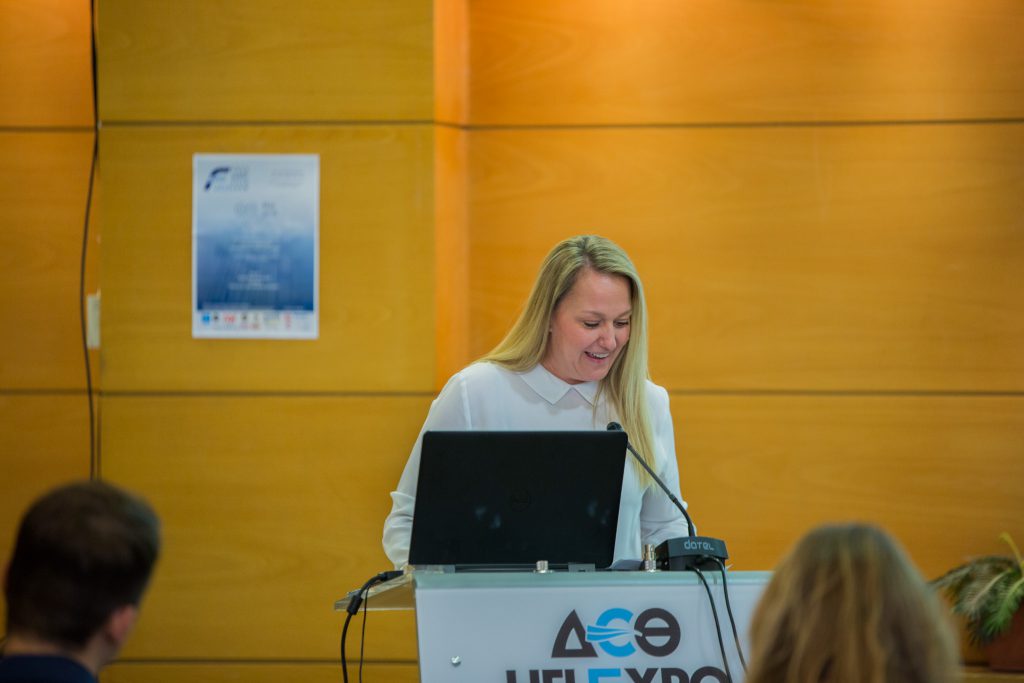 George Vanidis, Export Sales Manager of MEVGAL, represented the biggest Greek dairy company, explained how the economic crisis made them think out of the box and invest in new products targeting in foreign countries. 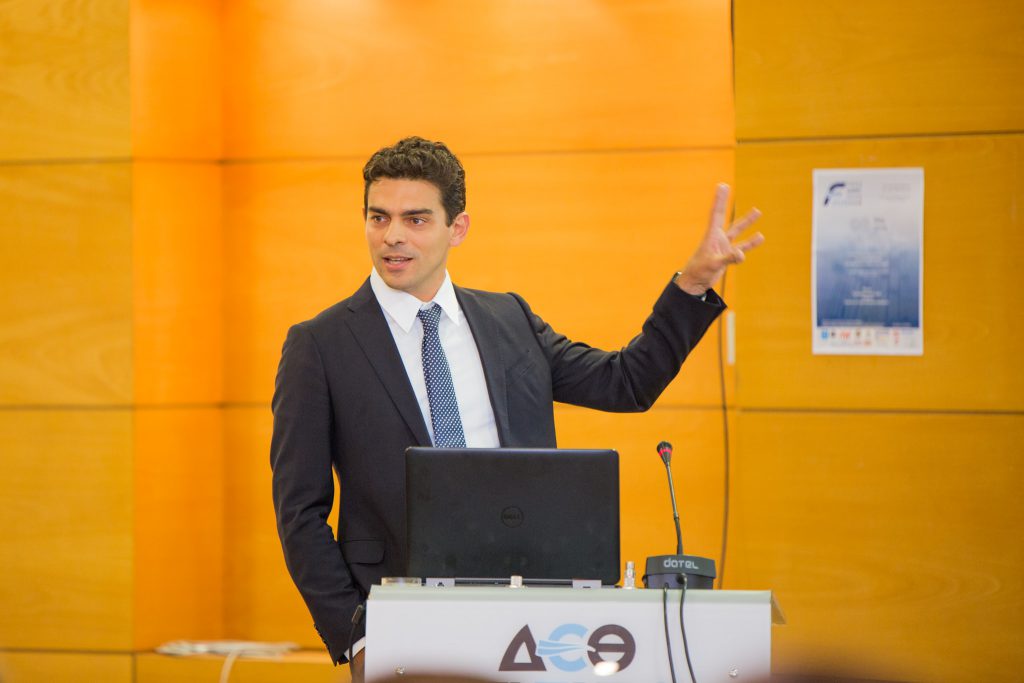 A very interesting fact of the second panel was that all of the represented companies were collaborating.

In both panels, we had highly engaged attendees with lots of questions, showing that FMRS in Thessaloniki has created a “thinking” audience. 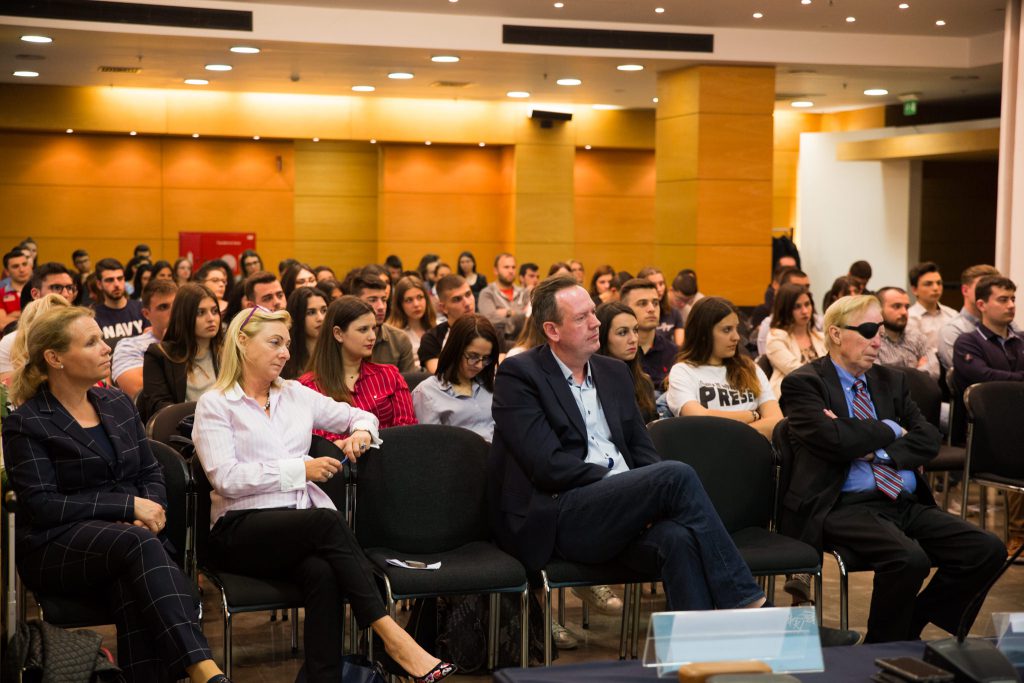