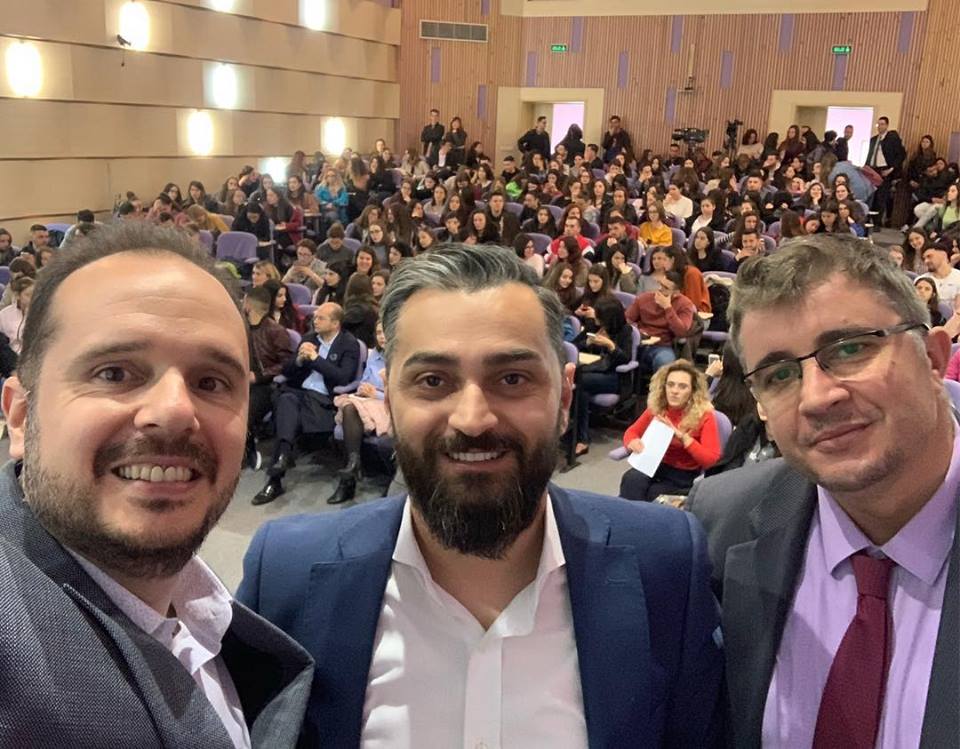 FMRS Tirana: “The rule of law is behind every advanced society”

29 years after the fall of the communist system, the democracy in Albania is still fragile. The behavior of the politicians during these 29 years and the lack of economic alternatives are the reasons why Albania yet today remains a transition country. So, in the framework of the “Free Market Road Show” local and international economists, researchers, lecturers and students were gathered to discuss the problems that have been encountered in three decades and the situation, which the country faces nowadays. A mixture of local problems from a global perspective was the main theme of the conference.

Economists and lecturers were invited in the conference’s discussion panel in order to address together with students and other colleagues, the economical and political problems of these three decades and their consequences to the actual situation.

Besart Kadia, director of Albanian Enterprise Institute, emphasized that the reforms initiated from Albanian politicians had no vision. During his discourse he said that in order the reforms to succeed, institutions should consider three key factors: The first is a visionary leadership. Second, economic policies should be coherent with one another during the transformation process. The third factor to be considered is to ensure popular support for the reforms being undertaken. He emphasized that during all these years, even if Albania had the first variant, the visionary politics, they still failed in the implementation of the coherent policies and popular support for the reforms. 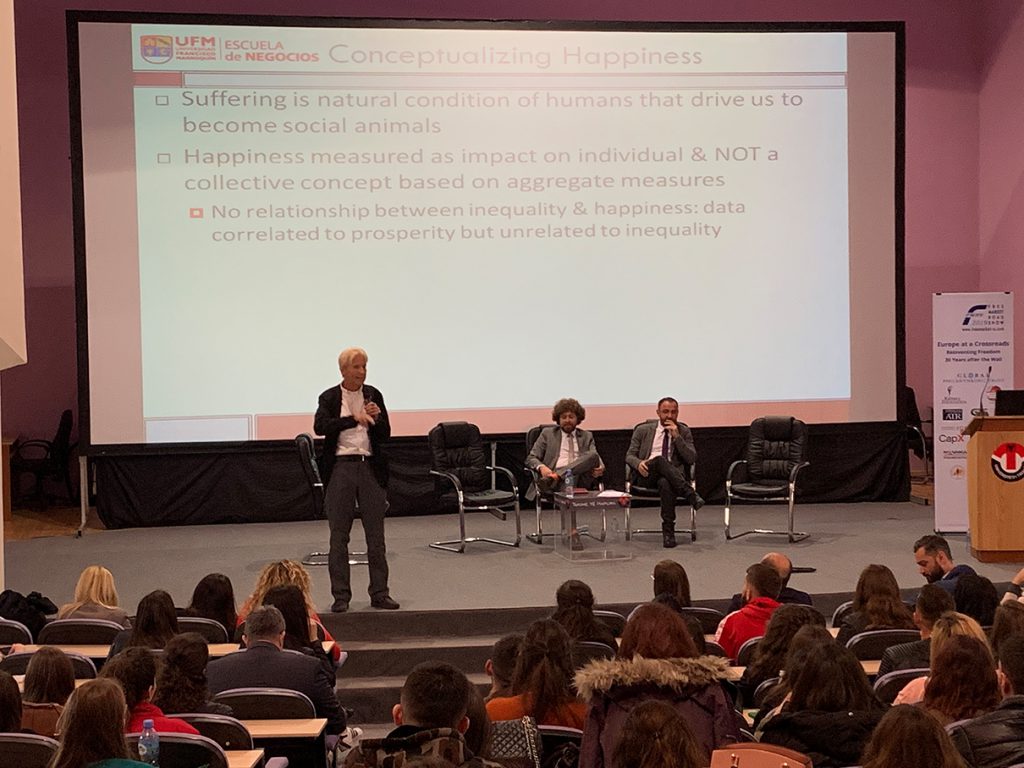 Invited in the conference panel, lecturers Rezart Prifti and Adri Nurellari during their speeches exposed the same mindset. According to them, Albanian democracy is not consolidated yet and new alternatives in economy and politics are needed. They called for the need of liberal reforms and liberal teaching in schools and universities to create enough support to undertake important reforms.

Thomas Bachheimer explained that four principles can be found at the base of what we call the rule of law. Namely, Division of powers, Procedural rules, Respect for private ownership, and Isonomia (equality before the law). He then established certain historical comparisons and claimed that neither the Romans nor the original German peoples had a perfect system of the rule of law. The former allowed slavery and suppressed many rights of the female population. The latter had a tribal law that did not respect private property. The rule of law is relatively new and combines private property protection with the respect of the natural law. The doctrine of the so-called “too big to fail” banks will have catastrophic consequences due to the huge moral hazard problems it has created. Financial institutions live now in a world where gains are private but losses are quickly socialized. “We live under a new kind of despotism, in which our institutions do not live according to their mandates and obligations. A reaction by the population is inevitable,” he concluded. 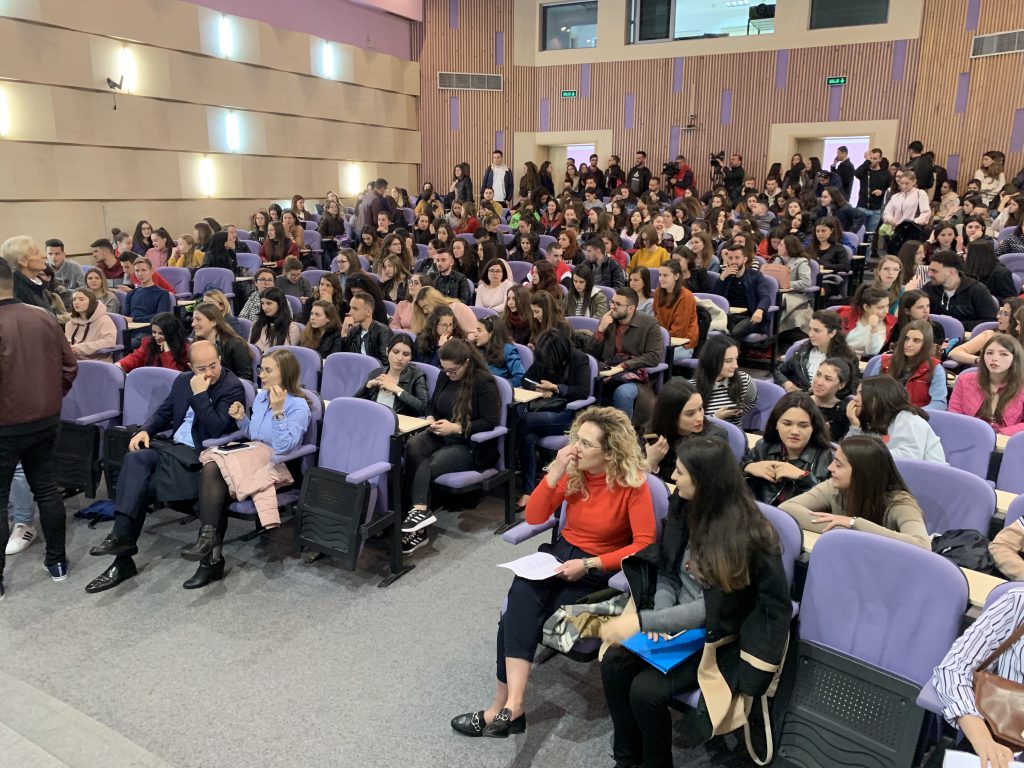 More than 300 students and other business representatives were present in the conference making it one of the most successful so far in Albania.

The Free Market Road Show is the biggest libertarian event in the world. Follow us on Facebook and on all social media with the hashtag #FMRS19 . Do not forget to check our 2019 tour and subscribe to our newsletter at https://2019.freemarket-rs.com