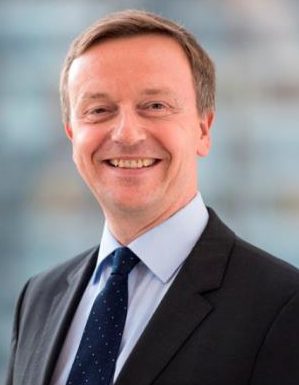 Jaap Sprey has been Head of Office of the European Bank for Reconstruction & Development (EBRD) in Montenegro since October 2017. Before taking up the position in Podgorica Jaap Sprey was Regional Head for EBRD’s SME Finance & Development Group covering Cyprus, Greece, Romania and
Turkey (2015 – 2017) as well as Armenia, Azerbaijan and Georgia (2011 – 2015). Prior to that he set up and managed EBRD’s Resident Office in Turkmenistan and developed and implemented financial deals as a banker in EBRD’s Natural Resources and Russia & Central Asia Teams. Between 1994 and 1997 Jaap worked on private sector development programmes funded by the EU in the Newly Independent States and from 1990 to 1994 he worked in the Office of Programme Planning, Budget and Finance of the United Nations Secretariat in New York. He started his career working for Morgan Guarantee Bank in Amsterdam. Jaap Sprey is a Dutch national who holds among others a Master in Business Administration (Finance) from the University of Twente (Netherlands), a Postgraduate Degree in Transition Economies from Sciences Po (Paris), a Bachelor Degree in Russian Interpreting, as well as a Master in Turkish Interpreting from the Bogazici University (Istanbul). In addition to his native Dutch he speaks English, French, Russian, German and Turkish.